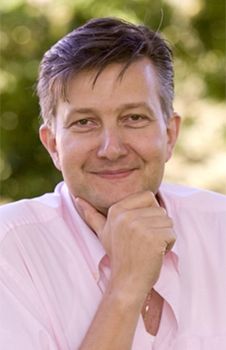 John Paul II: The Man Behind the Pope

Andreas Widmer is the co-founder of the SEVEN Fund, a non-profit whose strategy is to markedly increase the rate of innovation and diffusion of enterprise-based solutions to poverty. Mr. Widmer is a seasoned business executive in high-tech and international business strategy consulting and economic development. He is also an author who regularly writes on issues of entrepreneurship, economic development and spirituality.

Mr. Widmer served as a Pontifical Swiss Guard from 1986- 1988, protecting Pope (now Saint) John Paul II. He has lectured widely on the lessons he learned from his personal experiences with Pope Saint John Paul II and from his own in-depth reading and study of the Pope’s large body of writings.
Back